With many of critical ventures in progress, I’ve decided to backpedal and consider my end-games.  What am I actually trying to achieve and when?  Painting the end-game has served me well in the past but it’s not quite a routine habit as I’m pulled into new, interesting situations and often move forward on sheer enthusiasm.

Everything that has a beginning has an end

Defining the end is something I think we naturally avoid, end of life for devices is usually clearly identified by the manufacturer.  The vendor will have a specific future date when they will no longer support the hardware or software and you are on your own “when” it fails. 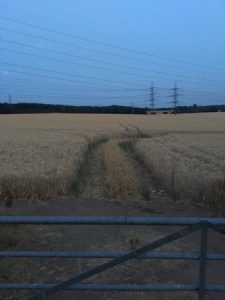 End of actual Life is seldom contemplated as we hate to consider our own mortality, and Last Will and Testaments are pushed to the bottom of our do-lists until we are told by a medical professional to “put our affairs” in order.

I haven’t worked out how to face this positively but will give myself some time to look at what I’m doing now and write my end-games by 1-Sept 2018.

Applying an End of life Care approach to Projects

After 434 in-game days, I’ve finished the last story mode chapter of FallOut 4.  It’s been a nice long read and a pleasant range of endings.  As a completist, I’m drawn to the final few trophy hunts one of which is aptly named  “They’re not Dolls”.

At just rank 17, Star Wars Battlefront 2 version 1.08 is as addictive as ever.

Its in-game economics have been nicely engineered to only reward the player with better guns through hours and hours of gameplay only.  No more using real money to buy in-game weapons but, for me, this resulted in total disengagement from real life just to focus on ranking up and avoiding being killed every 10-30 seconds or so.

The ranks system means the upper upgrades are only available at Rank 22 and 35.  In-game currency can only be used for cosmetic changes to your appearance.

The multiplayer sessions seem to be crowded with either folk over Rank 50-100 or newbies like me under 22.

Conclusion: An absolutely fun game to play and a dream for real Star Wars fans wanting to relive the movies (now down to $23.99).

It’s too much of a disruption to my life (2-4 hours continuous gameplay) so I’ll eject the disk and conceal it in the office till the winter months and probably a new game patch.

Well, I’ve finally earned the FarCry 5 Platinum after some cheesy Arcade gameplay.  Anyhow,  it’s back to FallOut 4 to finish the story while I wait for Detroit: Becoming Human in 20 days.

If there was one, I missed the Beta testing rounds for the upcoming thriller Detroit: Becoming Human.  Sony pushed out a short demo of the title and I was sold straight away.  I didn’t even bother to explore the demo much but the gaming idea is simple; all your actions are consequential and lead to different storylines and conclusions.

The illusion of free choice is cleverly crafted for the gamer as you ponder what to do.

I’ve nearly reached the FarCry5 Platinum trophy so while Europe tackles new Data laws (GDPR) I will have to Become Human with Detroit robots.

With only 30 days to go, I’ve decided to jettison my exam plans.  There is simply too much emotional noise around me and it would be reckless to go in unprepared.

I’m 43 hours into my solo FarCry5 campaign and it’s stood up to all my expectation, the downside is the high level of chatter in the wild about the game which means it’s a challenge to avoid spoilers.  Even running co-op missions with a friend means you need re-do the mission on your own game and actually break-up your flow.

I’m running solo until the end game with the occasional co-op or Arcade.

Johnson has held a number of positions from Network Operations to C-Level in the UK and Vienna, Austria. He is an avid follower on Twitch.TV and a general all-round Wise Guy.

This is a work of pure gaming fiction, commentary and logs.

Before practising any skills you may pick up here in real life, be sure to get permission from the target and do not take risks beyond your level of experience or training.

All images are under the released under Create Commons CCO

Here’s what you missed